Bobby Gene was a member of St. Monica Catholic Church and a graduate of East High School, where he participated in both football and baseball.  He coached the youth in Pee Wee football and Little League baseball.

A service will be held at 8:00 p.m. on Friday, June 14th, at the BRANT FUNERAL HOME IN SCIOTOVILLE with Pastor Aaron Reed officiating.  A Mass of Christian Burial will be held at 11:00 a.m. on Saturday, June 15th, at Saint Monica Catholic Church, with Fr. Chris Tuttle and Fr. Les Schmidt as celebrants. 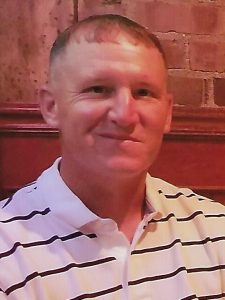