Adam Wayne Hess, 43, of Feesburg, Ohio passed away Sunday June 9, 2019 as the result of a heart attack.  He was born on January 16, 1976 in Portsmouth, Ohio to the late Roy Luther Hess and Zelda Jane (Thacker) Hess.

Adam was a construction worker for Bray Construction.

Funeral services will be at 1:00 pm Friday, June 14, 2019 at the Botkin Hornback Funeral Home in Otway, Ohio.  Burial will follow in Garvin Cemetery.  The family will receive friends from 4-7 pm on Thursday, June 13th and for one hour prior to the service at the funeral home. 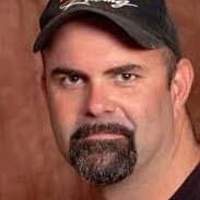