Mark Steven King Age 60, of Wheelersburg, passed away Friday, May 31, 2019 at OSU Hospital in Columbus.  He was born May 11, 1959 in Portsmouth to Garrett and Edna Eileen (Perkins) King.  Mark served his country as a member of the U.S. Army and worked as a laborer for the local union in Columbus, retiring in 2012.  He loved to work, as a mechanic, doing yardwork, or building houses.  He was a jack of all trades.

Funeral services will be 11:00 a.m. Tuesday, June 4, 2019 at WOLFE-NELSON FUNERAL HOME in Sciotoville.  Interment will follow at Sunset Memorial Gardens in Franklin Furnace.  Friends may call one hour prior to the service.  Fond memories of Mark and expressions of condolence may be shared at www. WolfeNelsonFuneralHome.com. 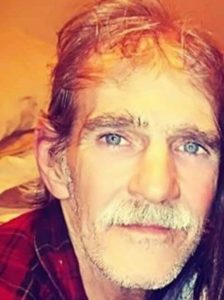