Lewis “Doug” Dewey, 76, of Waverly, Ohio passed away Thursday, May 30, 2019 at Adena Regional Medical Center in Chillicothe. He was born January 27, 1943 in Pike County, Ohio to the late Boyd Eugene and Donna Penn Dewey.  On October 18, 1969 he was united in marriage to Darla Woodruff Dewey who survives.  Also surviving are a son, Brent Dewey of Waverly; a daughter, Tracy Darst of Waverly; four grandchildren, Brittany Ross, Courtney Collins, Landon Darst and Braden Darst; and two sisters, Janice Hawk and Sherry Potter.  In addition to his parents he is preceded in death by a brother, Norman Dewey.

Doug proudly served his country in the United States Air Force.  He was a member of American Legion Post #142 and a member of the Scottish Right and Masonic Lodge Orient #321.

Burial will be at a later date at the convenience of the family. 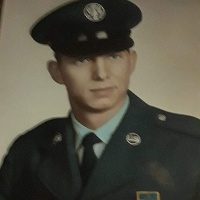