Darrell Craig Colley, 57, of Atlanta, Georgia passed away Wednesday, May 22, 2019 at his residence.
He was born September 25, 1961 in Portsmouth, Ohio, a son of the late Jack Colley and Erma Adams Colley Stanchfield.
He was also preceded in death by his beloved grandmother, Vada Adams and other grandparents, Sanford Adams, and Pearl and Harry Colley.
Craig was a 1979 graduate of Portsmouth West High School and a 1983 graduate of Ohio University. He worked in the travel and group tours business for 35 years and was co-owner of Southern Touch Tours in Atlanta. He took great pride in making his trips a wonderful unforgettable memory for his customers.
Left to cherish his memory are his two brothers, Barry (Karen) Colley of Ashland, Ky. And Darren (Cindy) Colley of Cape Coral, FL; two very special nephews, Kevin (Stephanie) Colley of Russell, Ky, and a brand new nephew he was looking so forward to meeting, Kai Colley of Fort Myers, Fl; his dear friends and business partners, Doug and Terri Beezly and their sons Paul and Craig of Atlanta; and a host of friends.
A celebration of life service will be held in Craig’s honor 7:15 Friday, May 31, 2019 at the McKinley Funeral Home in Lucasville with Dr. Bobby Touchton officiating. Friends will be received from 5 to 7 p.m prior to the celebration.
In lieu of flowers, memorial contributions may be made to Shriner’s Childrens Hospital and St. Jude Childrens Hospital. 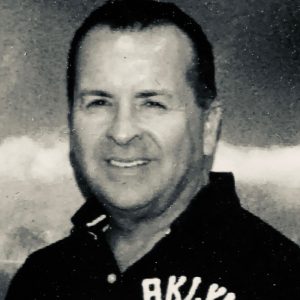