Funeral services will be conducted 10 a.m. Friday, May 24, 2019 at Erwin-Dodson-Allen Funeral Home in Minford, with Elder Arvil Murray, Jr. officiating.  Burial will be in Salisbury Cemetery near Stockdale.  Friends may call at the funeral home from 4 to7 p.m. Thursday and an hour prior to the service on Friday.  In lieu of flowers memorial donations may be made either to Candy Run United Baptist Church or National Church Residences Hospice.  Online condolences may be sent to www.edafh.com 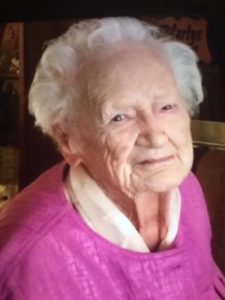