Carl Frederick Pistole, 88 of Friendship died Tuesday, May 14, 2019 at Southern Ohio Medical Center.  He was born November 14, 1930 in Portsmouth to the late William Ernest and Alma Noel Pistole.  He was a retired Union Operator, member of the Operators Local, and a United States Army Veteran of the Korean War.

Along with his parents, he was preceded in death by 3 brothers; Homer Pistole, Bill Pistole, and Ralph Pistole, 2 half-brothers; Herbert Pistole and Danny Pistole, a stepbrother, Jerry Lockhart, 2 sisters; Emma Jean Ratcliff and Eloise Osborne, and a half-sister, Brenda Messer.

Funeral services will be 2:00 PM Sunday, May 19, 2019 at the Roger W. Davis Funeral Home with Craddock Frye officiating.  Interment will be in Friendship Cemetery with military graveside rites provided by the James Irwin Post 622 American Legion.  Friends may call at the funeral home from 5 to 8:00 PM on Saturday and one hour prior to the service on Sunday.  Condolences may be sent to www.rogerwdavisfuneralhome.com. 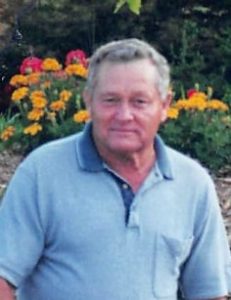