Loretta Osborne, 95, of Lucasville, passed away Tuesday, May 14, 2019 at Rest Haven Nursing Home and Rehab in McDermott.
She was born December 4, 1923 in Van Lear, Kentucky a daughter of the late Dmart Music and Lora Green Harris Music.
Loretta was a member of the greatest generation. She served her country during WWII as a “Rosie the Riveter” in Baltimore, MD, making aircraft for our armed forces. A lifelong member of the Church of Christ, Loretta was currently a member of the Grant and Summit Congregation.
She was also preceded in death by her husband, Walter Osborne, November 15, 1986; great-grandson Devon Brooks; and her brother Buel Harris; who will welcome her with love in Heaven.
She is survived by one son, John Osborne of Waverly; her five daughters, Leona (Ralph) Silcott of Troy, Gloria (Dick) Norman of Portsmouth, Joyce Wagner of Chillicothe, Brenda (William) Brooks of St. George, Utah, and Patricia (Fred) Keidel of Hillsboro, who loved her dearly; 13 grandchildren; 12 great-grandchildren; and four great-great-grandchildren. She touched the lives of cousins, nieces, nephews, brothers and sisters-in-law, friends, and her church family.
Funeral services will be conducted at noon, Monday, May 20, 2019 at the McKinley Funeral Home in Lucasville. Burial will follow in Scioto Burial Park. Friends may call 3 to 5 p.m. Sunday and an hour prior to the service Monday.
Loretta would be pleased if everyone would extend a random act of kindness to someone else in her honor. 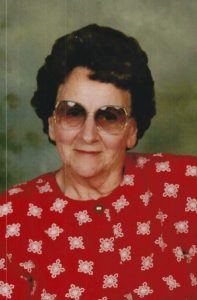