Janet Sue Drake, Age 71, of Wheelersburg, passed away May 5, 2019 at SOMC.  She was born August 18, 1947 in Portsmouth to Claude and Lucille (Ockerman) Drake. A 1965 graduate of Wheelersburg High School, she then attended Ohio State where she earned a degree in journalism.  She worked as a case worker for Job and Family Services in Cincinnati for 5 years then in Scioto County for 35 years.  Janet was a member of the OSU Alumni Association, Past Union Presidents of AFSCME and PERI, and was a Buckeye fan.  She enjoyed working with stained glass, astronomy, writing short stories, animals including her two cats, and spending time with her family, especially her nieces and nephews.  She was of the Baptist faith.

Funeral services will be 11:00 a.m. Thursday, May 9, 2019 at D.W. SWICK-NELSON FUNERAL HOME in Wheelersburg with interment to follow in Old Wheelersburg Cemetery.  Friends may call Wednesday from 5 – 7 p.m. and one hour prior to the service on Thursday.  Fond memories of Janet and expressions of condolence may be shared at www.DWSwickNelsonFuneralHome.com. 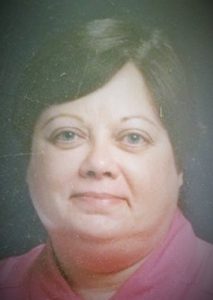