Randy Eugene “Did” Dials, 41 of Blue Creek, Ohio lost his fight to addiction on Tuesday, April 30, 2019.  He was born October 20, 1977 in Portsmouth to the late Frank Dials and Lillian Lowe Dials who survives.  Along with his father, he was preceded in death by a sister, Connie Trunk, and a brother, Franklin Dials.

Along with his mother, Randy is survived by 2 children; Ciara Dials and Hunter Dials both of Blue Creek, 3 sisters; Peggy Havens, Brenda Litz, and Joyce Scott, a brother, Emory Dials, along with several nieces and nephews, close family friends, and a special little girl, Jemma Nicole.

Private services will be held at the convenience of the family.  Arrangements are under the direction of the Roger W. Davis Funeral Home in West Portsmouth.  His family would like to thank everyone for the calls, cards, and messages.  Condolences and Donations can be sent to www.rogerwdavisfuneralhome.com. 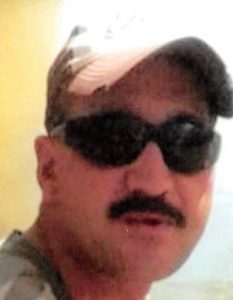