Gustav George Grunit, 79, of Portsmouth, passed away Wednesday, May 1, 2019 at Riverside Methodist Hospital in Columbus. Gus was born Dec. 1, 1939 in Newark, NJ to the late Gustav George and Irene Mazurek Grunit.

Gus was a member of St. Mary’s Catholic Church, and Air Force veteran, and the retired manager of the former Purdy’s Lumber Co. and Moore’s Super Store. He was also a former sales representative for Cellar Lumber Co. in Westerville, an Arby’s manager, and owner of the former Creative Marble Products. Gus had attended the State University of New York and he received a degree in agriculture from the University of Georgia.

A Memorial Mass will be held at 10 A.M. Monday, MAY 20, 2019 at St. Mary’s Church with Rev. Joseph Yokum officiating. Interment will follow in the Memorial Burial Park at a later date. 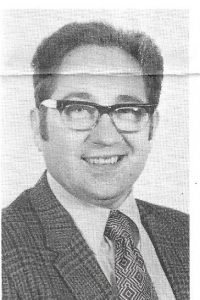