Skip to content
FacebookEmail
| logout
Shane Nathaniel Walls, 36, of Waverly, Ohio was  pronounced Wednesday, April 24, 2019 after being missing for several months.  He was born May 27, 1982 in Chillicothe, Ohio son of Randy and Phyllis Viar Walls of Waverly.  Also surviving are two brothers, Robert and Wade Walls of Waverly; two nephews, Lance Walls of South Shore, Kentucky and Maverick Walls of Piketon, Ohio and grandmother, Ruth Walls of Lucasville.  Shane was preceded in death by his grandparents, Robert and Mabel Viar.

Shane was a timber worker and was considered one of the best timber cutters and a 2000 graduate of Western High School.

Family will receive friends on Monday from 9:00 a.m. until the time of the service. 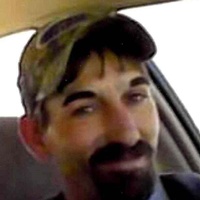