James Cowan “Jimmy” Workman, 70 of Portsmouth died Tuesday, April 23, 2019 at SOMC Hospice. He was born October 11, 1948 in Portsmouth to the late Cowan and Pauline Crabtree Workman. Along with his parents, he was preceded in death by a brother, Stan Workman and a sister, Jenny Klein.

He was a retired car salesman from Glockners of Portsmouth and previously worked at Vallery Chevrolet of Waverly.

Jimmy is survived by a brother, Tom (Martha) Workman of Mount Olivet, Kentucky, a sister, Marta (Mark Jarrells) Hale of Portsmouth, along with several nieces, nephews, and friends.

A Gathering of Family and Friends will be from 2 to 4:00 PM Saturday, April 27, 2019 at the Roger W. Davis Funeral Home in West Portsmouth with a Memorial Service to follow at 4:00 PM. The family requests that in lieu of flowers that donations be made to SOMC Hospice in Jimmy’s memory. Condolences may be sent to www.rogerwdavisfuneralhome.com. 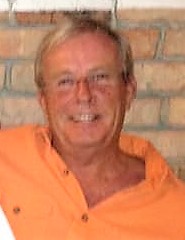