Donald Gene Mercer, 81, of Portsmouth, passed away Thursday, April 25, 2019 at the OSU Wexner Medical Center in Columbus after a brief illness. He was born September 21, 1937 in Portsmouth, a son of the late Fred Parker and Lottie Johnson Mercer

Don was a 1955 PHS graduate and had attended the Ohio State University. He also had attended the First Christian Church for many years and retired as a supervisor from AEP after 43 years of service. An avid Cincinnati Reds and Ohio State Buckeyes fan, Don coached youth baseball and was very involved in PHS band activities during his son Kip’s high school years. He was also an SOMC and Meals on Wheels volunteer and he loved spending quality time with his grandchildren.

Funeral services will be held at 1 p.m. Monday at the Ralph F. Scott Funeral Home in Portsmouth with Elder Ralph L. Clay officiating and interment in Scioto Burial Park. 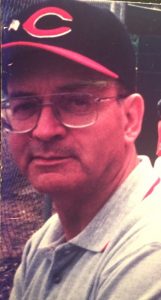