Ralph H. Dillow, 94, of South Shore, Kentucky passed away April 17, 2019 in Hospice Care Center in Ashland, Kentucky. He was born Oct. 15, 1924, a son of the late William Dillow and Rebecca Wroten Dillow. Ralph was a WWII Veteran serving in the United States Army.

Funeral services will be held 11 a.m. Monday, April 22, 2019 at the Roberson Funeral Home in South Shore, KY, with Carl Collier, officiating. Burial will follow in Bennett’s Chapel Cemetery, South Shore, Ky. Friends may call at the Funeral Home Sunday, April 21, 2019 from 6 till 8 p.m. and one hour before the service time on Monday. 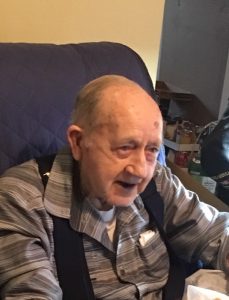