Lela was a homemaker and a member of Bethel Christian Church of Piketon.

Funeral services will be held 11:00 a.m. on Monday, April 22, 2019 at Botkin Hornback Funeral Home in Waverly with Speakers Kenneth and  Delmar Burkitt officiating.  Burial will follow in Smith Hill Cemetery, Piketon. Family will receive friends on Sunday from 6:00 p.m. – 8:00 p.m. and one hour prior to the service on Monday.

Memorial donations may be made in Lela’s honor to the Gideons International, P.O. Box 48, Beaver, Ohio 45613. 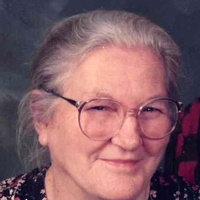