John David Dyer, Age 91, of Wheelersburg, went to be with the Lord Friday, April 19, 2019 at Best Care Nursing and Rehabilitation Center in Wheelersburg.  He was born November 29, 1927 in Salyersville, KY to Fred and Rosa (Barnett) Dyer.  John served his country in the U.S. Army during the Korean Conflict where he received a Purple Heart.  He worked as a steelworker at the Dayton-Malleable Steel Factory in Ironton for over 20 years and was a member of the United Steelworkers Union.  John was a member of the DAV, was an avid OSU fan, and was of the Baptist faith.  He was a kind, loving father and husband and will be greatly missed.

The family would like to thank the staff at Best Care for all their loving care.

Funeral services will be 1:00 p.m. Wednesday, April 24, 2019 at D.W. SWICK-NELSON FUNERAL HOME in Wheelersburg with Pastor Gary Arthurs officiating.  Interment will follow at Sunset Memorial Gardens in Franklin Furnace with military honors provided by James Dickey Post #23, American Legion.  Friends may call from 11:00 a.m. – 1:00 p.m. prior to the service.  Fond memories of John and expressions of condolence may be shared at www.DWSwickNelsonFuneralHome.com. 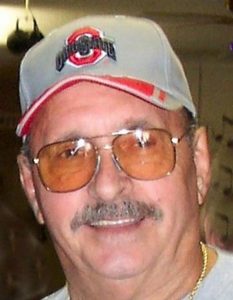