Stephen R. Oiler, 53 of South Shore formerly of West Portsmouth died Monday, April 15, 2019 at The Ohio State University Wexner Medical Center.  He was born December 27, 1965 in Portsmouth to the late Leonard Oiler and Nancy Morrow Oiler who survives.  Along with his father, he was preceded in death by a sister, Julie Ann Oiler.  He was a 1985 graduate of Portsmouth West High School where he was in the band, he was also employed at Mitchellace as a machinist.

Funeral services will be 1:00 PM Monday, April 22, 2019 at the Roger W. Davis Funeral Home in West Portsmouth with Pastor Pete Shaffer officiating and interment in Orem Cemetery.  Friends may call at the funeral home on Monday starting at 11:00 AM.  Condolences and Donations may be sent to www.rogerwdavisfuneralhome.com. 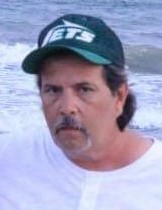