Nora Mae Allgood, 86 of McDermott died Thursday, April 4, 2019 at Heartland of Portsmouth.  She was born August 2, 1932 in Firebrick, Kentucky to the late Manuel and Naomi Matthews Smith.  She was a homemaker.

Funeral services will be 3:00 PM Sunday, April 7, 2019 at the Roger W. Davis Funeral Home in West Portsmouth with Kenneth Carver officiating. Friends may call at the funeral home starting at 1:00 PM.  Condolences may be sent to www.rogerwdavisfuneralhome.com. 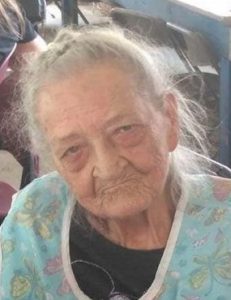