Deward Clinton Parker, Age 80, of Lucasville, passed away Monday, April 1, 2019, at his home.  He was born November 8, 1938 in Carter, KY to Albert and Goldie (Kiser) Parker.  Deward worked as an Interior Decorator, loved to read his Bible, garden, and do woodworking.

A private graveside service will be held at Kiser Gold Cemetery in Carter, KY.  Online condolences may be shared at www.DWSwickNelsonFuneralHome.com. 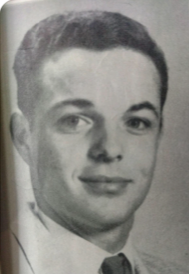