Carol Janet Chaffin, 81, of Sciotodale, died Wednesday, April 3, 2019, in the Southern Ohio Medical Center.  Born on September 21, 1937 in Kehoe, KY, she was a daughter of the late Harlan and Virgie McGlone Warnock and was a member of Wheelersburg Church of Christ.

Janet graduated in 1955 from Glenwood High School, was formerly employed at Williams Manufacturing Co and co-owner of former Don’s Dairy Bar in Sciotoville.  Janet was very proud that, during the mothers versus the East High School girls’ basketball game, she scored 16 points

Also preceding her in death were two brothers, Weldon Warnock and Lovell Liles and a sister, Christine Hess.

A service will be held at 10:00 a.m. on Saturday, April 6th, at the BRANT FUNERAL HOME IN SCIOTOVILLE with Lynn Wessel officiating.  Interment will be in the Memorial Burial Park.

Memorial gifts may be made to the American Macular Degeneration Foundation, PO Box 515, Northampton, Mass. 01061. 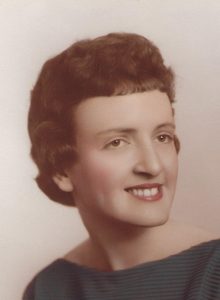