Richard Baird Dodge, 89, of Rigrish Addition, went to be with his Lord on Saturday, March 30, 2019, at the SOMC Hospice Center with his family by his bedside.  Born on June 27, 1929 in Portsmouth, he was a son of the late Jennings and Darlene Welch Dodge and was a retired supervisor at Goodyear Atomic Corp.

Dick was an active member of Berean Baptist Church, where he served as deacon, trustee and usher.  He was a 1948 graduate of Portsmouth High School, co-founder of General Heating and Air Conditioning, an avid golfer and big supporter of the Cincinnati Reds.  Dick was also active in Minford Little League, having served as president and coach in Minor League, Little League and Senior League.

A proud Army veteran of the Korean War, he was a former member of the American Legion Post #622.

Also preceding him in death were his wife, Ruth Suter Dodge, a daughter, Robin Valli and a sister, Judy Dodge.

A Celebration of Dick’s Life will be held at 10:30 a.m. on Tuesday, April 2nd, at Berean Baptist Church with Pastor Steve Mann and Rev. Jack Lore officiating.  Interment will be in Memorial Burial Park with military honors by the James Dickey Post of the American Legion.

Memorial contributions may be made to Berean Baptist Church or SOMC Hospice.

The American flags on the avenue, along with the Army flag, will fly in honor of brave veteran, Richard Dodge. 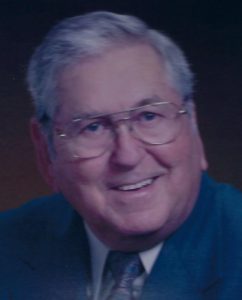