Harlan Eugene (Gene) Gambill went home to be with his Lord and Savior on Friday, March 29, 2019 at SOMC Hospice. Gene was a former employee of JJ’s Convenience Store and Vince’s Carry Out, both of Portsmouth. He enjoyed life, listening to music, fishing and many sports. He watched NASCAR racing on a very regular basis. When baseball season was here for him there was only one team, the Cincinnati Reds. During football season he was forever hoping that his Cleveland Browns would make a comeback this year and he was an avid Ohio State Buckeyes Fan. He supported many charities, but the two closest to his heart were the Wounded Warriors and St. Jude Children’s Hospital. More than anything, Gene enjoyed spending time with his family and friends. Gene was preceded in death by his parents, Leonard and Mary Gambill. He was a wonderful father to three children, Annette (Bill) Lycans of Milton, WV, Darrell Gambill of Mt. Sterling, KY and Angie Colley of South Webster. He spoiled his eight grandchildren when possible, David (Nikki) Miller, Paul Gambill, Elizabeth Miller, Kristen Colley, Bryce Gambill, Tori Gambill, Jessie (Ryan) Kingrey and Joshua Lycans. He loved watching his great grandchildren play, all four of them, Landon Miller, Tayvin Miller, Thea Miller and Ariyah Miller and recently found out he has another on the way. He is also survived by three brothers, Norman (Charlotte) Gambill, Robert Dean (Sandy) Gambill and Leonard (Pat) Gambill, Jr. and two sisters, Patricia (Bernie) Potts and Theresa (Skeet) Piatt. He was an Uncle to a multitude of nieces and nephews. He will be greatly missed!!! Gene will be laid to rest in his favorite jeans and shirt, as he requested. He also requested that people not dress up, come as you would when you would visit. He didn’t want anyone to be uncomfortable, he wanted a celebration of his life, not a mourning of his death. We are doing our best to do exactly what he wanted. The family would like to acknowledge and thank Concord Health and Rehab Center for their excellent care in the months preceding Gene’s death. We would also like to thank SOMC Hospice, the care and comfort that they provided were invaluable, Jacob, Shannon, Lauren and Cindy …Thank You! It takes a special person to do what the people at these facilities do, we would be negligent if we did not acknowledge and thank them.

Funeral services will be conducted at 1:00 p.m. Wednesday, April 3, 2019 at Erwin-Dodson-Allen Funeral Home in Minford with Pastor Brett McGraw officiating. Burial will be at Salisbury Cemetery. Friends may call at the funeral home from 6:00 to 8:00 p.m. Tuesday and one hour prior to the service on Wednesday. In lieu of flweors donations can be made to St. Judes Children’s Hospital in Gene’s name. Online condolences may be sent to www.edafh.com. 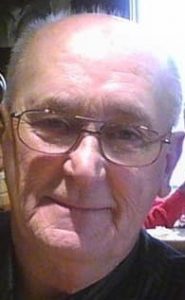