Sister Johanna Orlett (Sister Jacob), 82, a Franciscan Sister of the Congregation of Our Lady of Lourdes, Rochester, MN, died at Assisi Heights on Saturday, January 5, 2019.

Barbara Johanna Orlett was born May 25, 1936 in Portsmouth, Ohio, to John Vincent and Olympia (Sainsbury) Orlett. She entered the Sisters of St. Francis in 1954 from Our Lady of Sorrows Parish, West Portsmouth, Ohio.  Sister Johanna made first vows in 1957 and perpetual vows in 1960.  She received a Bachelor’s Degree in Math from the College of St. Teresa, Winona in 1961, a Master’s Degree in Math from the University of Minnesota in 1965 and a Ph.D in Education from the University of Minnesota in 1975.

Sister Johanna was an elementary and secondary teacher for three years. She served as a math professor at the College of St. Teresa in Winona, Minnesota, for eleven years interspersed with completing her Masters and Ph.D. Degrees.  Following studies she served as Director of Institutional Research at the College of St. Teresa from 1980-1986 after which she served on the faculty at Catawba College in Salisbury, North Carolina, until 2000.  Following her years of teaching, Sister Johanna served as Director of Faith Formation in several parishes near Salisbury: Our Lady of the Mountain Mission, Highlands, Immaculate Heart of Mary Church, High Point and St. James Church, Hamlet.   Sister Johanna moved to Assisi Heights in 2008.

Sister Johanna is survived by her Franciscan Congregation with whom she shared life for sixty-four years, a sister, Margaret Orlett of Stout, Ohio, and a brother John (Jacob) Orlett of Lucasville, Ohio.

She was predeceased by her parents and siblings Paul Vincent, Mary Christine Roth, and Peter Olympia.

The Funeral Mass will be Thursday, January 10 at 11:00 o’clock in Our Lady of Lourdes Chapel at Assisi Heights.  Visitation one hour prior. Burial will be in St. Patrick’s Cemetery, Otway, Ohio.

A Mass of Christian Burial will be 11:00 AM Wednesday April 3, 2019 at Our Lady of Sorrows, West Portsmouth OH with interment at St Patrick’s Cemetery. Visitation will begin a half hour prior to the mass at Our Lady of Sorrows.  A Mercy Meal will be held at Holy Trinity Hall following the services.  Arrangements are under the direction of the Roger W. Davis Funeral Home in West Portsmouth.  Condolences may be sent to www.rogerwdavisfuneralhome.com. 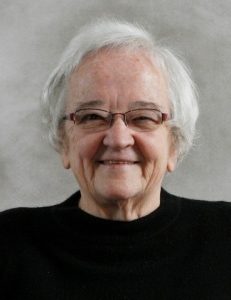