Skip to content
FacebookEmail
| logout
Linda Sue Butler, 64 of West Portsmouth, passed away Thursday March 21, 2019 in Portsmouth, Ohio.  She was born September 23, 1954 in Portsmouth, Ohio.  Linda is the daughter of the late Henry and Mary Elizabeth (McGlone) Brown.  On March 18, 1974 Linda was united in marriage to Dennis Raymond Butler who preceded her in death on March 18, 2003 Surviving are two daughters, Michelle Butler of Portsmouth and Rebecca (Joey) Jordan of McDermott.  Linda is also survived by three sisters; Patty Brown Jones of Lucasville, Stephanie (Darin) Craft of West Portsmouth, and Nancy (Richard) Stone of West Portsmouth, One brother; Henry (Polly) Brown of West Portsmouth, four grandchildren; Jack and Rachel Jordan of McDermott, Dennis Carver and Sophia Butler of Portsmouth.  She is also survived by several nieces and nephews as well as several great nieces and nephews.  In addition to her parents and husband, Linda was preceded in death by her brother Howard Brown, brother in law Jerry Jones and sister in law Phyllis Brown.

Linda was a 1972 graduate of Portsmouth West High School and Scioto County Joint Vocation School.  She was a homemaker.

Funeral services will be held 12:00 p.m. Thursday, March 28, 2019 at the Botkin Hornback Funeral Home in Otway , Ohio, with Pastor Tommy Brown officiating. Burial will follow in Friendship Cemetery. Friends may call at the funeral home on Wednesday March 27, 2019 from 5:00 pm to 8:00 pm and one hour prior to the service on Thursday. 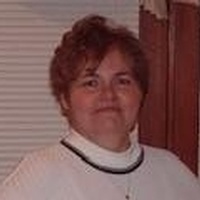