Age 88, of New Boston, passed away Monday, March 18, 2019, at SOMC Hospice in Portsmouth.  He was born December 12, 1930 in Lawshe, OH to John William and Vacal (Miller) Hemming, Sr.  John enlisted in the U.S. Navy during his senior year of High School at Peebles.  He spent many years working as a truck driver and carpenter and eventually retired from SOCF Prison as a prison guard after 10 years of service.  In his spare time he enjoyed raising and selling animals, flea marketing, coon hunting, and gardening.

John’s family would like to thank Hillview Retirement Center, Rosemount Pavilion, and SOMC Hospice and Hospital for all the care they gave to him.

Funeral services will be held 11:00 a.m. Friday, March 22, 2019 at WOLFE-NELSON FUNERAL HOME in Sciotoville with Pastor Greg Carter officiating.  Interment will follow at Memorial Burial Park in Wheelersburg with military rites provided by James Dickey Post #23, American Legion.  Friends may call on Thursday from 5 – 7 p.m. and one hour prior to the service on Friday.  Fond memories and expressions of condolence may be shared at www.WolfeNelsonFuneralHome.com.  In lieu of flowers, memorials are preferred to SOMC Hospice or Sierra’s Haven.

2 Timothy 4:7
“I have fought the good fight, I have finished the race, I have kept the faith.” 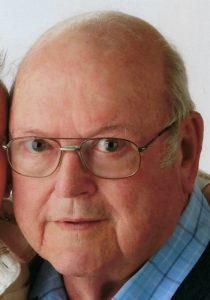