Terry Richard Noel, Age 58, of Wheelersburg, passed away Sunday, March 17, 2019, at his home.  He was born July 20, 1960 in Portsmouth to Richard and Freda (Elliott) Noel.  Terry was a 1978 graduate of Portsmouth East High School and subsequently attended Shawnee State University for two years.  He started working in the cell tower industry and worked throughout the country installing and servicing towers.  He also worked at WPAY, WNXT, and WLGC on the air as “Bubba Baxter.”  Terry enjoyed riding motorcycles serving as road captain for “Brothers of the Wheel,” was an avid storyteller, fisherman, and enjoyed playing the guitar.  He was a very generous and positive person and was always there for anyone who needed help.

A Celebration of Life will be held at a later date.  Fond memories and expressions of condolence may be shared at www.DWSwickNelsonFuneralHome.com.  D.W. SWICK-NELSON FUNERAL HOME in New Boston is handling the arrangements. 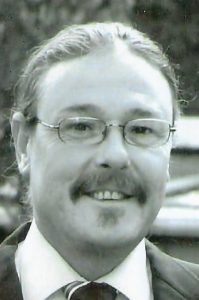