Sandra Sue Hall, 68, of Lucasville, passed away Monday, March 18, 2019 at her residence.
She was born July 21, 1950 in Portsmouth, a daughter of the late James Earl and Rosalie Marie Carver Phipps.
Sandy was a homemaker and a former waitress at the Pancake House and Happy Days in Lucasville. She was a member of the Big Run United Baptist Church and a 1969 Northwest High School graduate.
She is survived by her husband, Marty Hall whom she married November 8, 1969 in Lucasville; three sons, Chris (Ginny) Hall of West Portsmouth, Jeremy (Amber) Hall and Jason (April) Hall both of Lucasville; five grandchildren, Nathan, Jacob, Austin, Logan and Kaity; one brother, James L. (Cathy) Phipps of Lucasville; and one sister, Priscilla (Larry) Wright of Lucasville.
Sandy was also preceded in death by one brother, Kenny Phipps.
Funeral services will be conducted at noon, Thursday, March 21, 2019 at the Big Run United Baptist Church with Skip Stewart, Arvil Murray, and John Mollett officiating. Burial will follow in Big Run Cemetery. Friends may call after 6 p.m. Wednesday at the church until the funeral hour Thursday. Arrangements are under the direction of the McKinley Funeral Home in Lucasville. 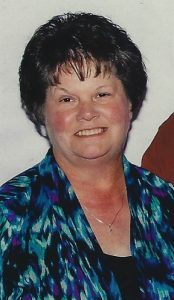