A 1966 Portsmouth High School graduate, Paula worked as a job placement manager in the Pittsburgh area. She retired from Job Links, and had previously worked for the Urban League of Pittsburgh and UPMC.

Paula is survived by her husband, George Raymond Curtis, whom she married in Pittsburgh on Oct. 20, 1984; one son, Jamal Ikenna Curtis of Atlanta, GA; three daughters, Karen Oliver of Pittsburgh, Kim Oliver of Philadelphia, PA and Michele (Thomas) Allen of Cincinnati, OH; one brother, Albert (Pat) Oliver, Jr. of Portsmouth; a sister-in-law, Yvonne Curtis of Pittsburgh; three grandchildren, Ashley and Aliyah Oliver and Daniyell Allen; and many nieces, nephews and their families.

In addition to her parents, she was also preceded in death by a brother, James Franklin Oliver.

The family will receive friends at the church from 10 am until the funeral hour. 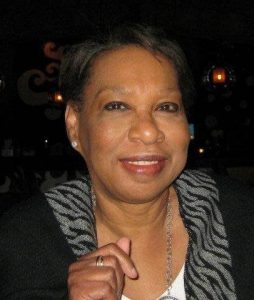