Jessie Rawlins, Age 61, of Wheelersburg, passed away Tuesday, March 12, 2019, at Southern Ohio Medical Center’s ICU in Portsmouth. He was born March 30, 1957, in Portsmouth to Jessie Rawlins, Sr. and Carol (Maddy) Rawlins. Jessie was a 1975 graduate of South Webster High School and worked as a D & I Operator for over 32 years at USEC. He loved to play the guitar, read the bible, and watch his grandchildren play sports. Jessie was a member of Sacred Mission Church.

The family would like to extend special thanks to the staff of SOMC’s ICU for going above and beyond with Jessie’s care.

Funeral services will be 7:00 p.m. Friday, March 15, 2019, at D.W. SWICK-NELSON FUNERAL HOME in Wheelersburg with Pastor Henry Burkett officiating. Friends may call from 5 – 7 p.m. prior to the service. Fond memories and expressions of condolence may be shared at www.DWSwickNelsonFuneralHome.com. 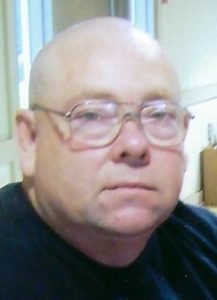