James R. Cookson Jr., 64 of Portsmouth, passed away Thursday March 7, 2019  in his living room with his wife right beside him. He was born May 1, 1954 in New Philadelphia, Ohio to the late James R. Cookson and Betty Cookson who survives.

Jim graduated from Hillcrest High School in Chicago and then the University of Wyoming. He came to Portsmouth and worked as an Adjuster for the General Adjustment Bureau, and later went on to work at Grange Insurance where he retired. Jim was a member of the Portsmouth Elks Lodge # 154 for 30 years where he was the Exalted Ruler twice. He loved to play golf at the Elks County Club.

Jim had a blind date with Cindy James of West Portsmouth and they were married a year later. They have been married for 40 years. Along with his wife Cindy and his mother Betty, Jim is survived by a daughter, Kristin Jayne Cookson, who is finishing her Masters degree in mental Health and Counseling, 2 sisters; Sandra Gates and Cathy Cookson, a nephew Stefan Gates and a niece Cari Gates.

An Elks Memorial service will start at 6:00 PM Tuesday March 12, 2019 at the Roger W. Davis Funeral Home in West Portsmouth followed by a funeral service with Reverend Allison Bauer officiating. Friends may call at the funeral home on Tuesday starting at 3:00 PM. The family’s favorite Charities are; The Elks Scholarship fund, the Harry James Scholarship and the Second Presbyterian Church. Condolences may be sent to www.rogerwdavisfuneralhome.com. 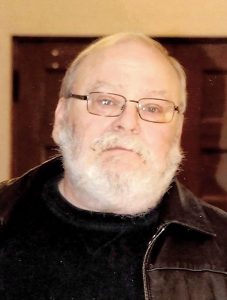