Pat was retired from the Gallipolis Social Security Administration office with more that 28 years of service. She was a member of the Heights United Methodist Church in Pt. Pleasant, a 1962 graduate of Portsmouth West High School Class and, along with her husband, enjoyed hunting, fishing and camping in the great outdoors. In her earlier years, Pat was very active in the Civil Air Patrol, performing the many duties that were assigned to her.

Pat is survived by her brother, Larry Cooper of Otway; a special niece, Teresa Jane Lodwick of Portsmouth; and many other nieces and nephews and their families.

Graveside services will be held Sunday at 2 p.m. at McKendree Cemetery with Pastor Rick Richmond officiating. 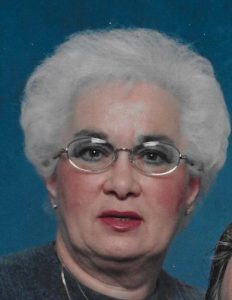