Stephen Jay Whaley, 57, of Otway, Ohio passed away on Sunday March 3, 2019 at SOMC Hospice in Portsmouth.  He was born November 22, 1961 in Perry County, Ohio to the late Johnnie Whaley and Goldie Alta (Byers) Whaley.

Steve is survived by his wife, Clydetta (Evans) Whaley; a son, Stephen Whaley of Williamsburg; a daughter, Jessica Whaley of Greenfield; two Step sons, Matt Evans of Cincinnati and Shane Miller of Otway; two brothers, James Whaley and Larry (Delores) Whaley of New Lexington; three sisters, Evelyn Whitehead of Texas, Alberta Hartshorn of New Lexington, and Julia Whaley of Saltillo; eleven grandchildren and one great grandchild.  In addition to his parents, Steve was preceded in death by four brothers, John, Eugene, Ricky and Charles Whaley; and a sister, Crystal Fulk.

In keeping with Steve’s wishes a memorial service to be held at a later date.

By request of the family donations may be made in Steve’s memory to the Botkin Hornback Funeral Home. 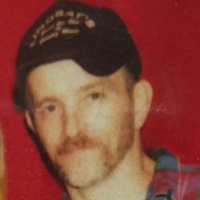