Dallas E. Cooper Jr., 27 of West Portsmouth died Friday, March 1, 2019 at his home.  He was born August 15, 1991 in Portsmouth to Dallas Cooper Sr. of West Portsmouth and Kristie (Tony) Jamison Plevrakis of McDermott.  He was preceded in death by his grandmother, Dorothy Cooper.

Along with his parents, he is survived by 2 sisters; Jerica (Jake) Stevens of West Portsmouth and Abbegail Plevrakis of McDermott, a brother, Bronston Bennett of West Portsmouth, 5 nieces, 2 nephews, grandparents; Larry Cooper, Donald and Debra Jamison, 2 aunts; Paula Sue Cooper and Sherry Lynn Jones, and an uncle, Denver Cooper,

Dallas was in the Painters Union and was talented and passionate about the work he did and he had a very bright future ahead of himself.  Nobody had anything negative to say about him because he was the most caring person you could meet, he would do anything for anybody.  He loved to go hunting, fishing and building derby cars, he also enjoyed hanging with his friends but most of all he loved being with his family.

Funeral services will be 1:00 PM Friday, March 8, 2019 at the Roger W. Davis Funeral Home in West Portsmouth with Larry Cooper officiating and interment in McKendree Cemetery.  Friends may call at the funeral home from 5 to 8:00 PM on Thursday and one hour prior to the service on Friday.  Condolences may be sent to www.rogerwdavisfuneralhome.com. 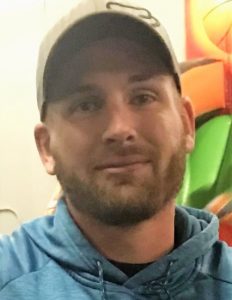