Country Wayne as he was known for many years in the area was a disc jockey for WCHI in Chillicothe and WXIZ in Waverly where he retired after over 25 years of employment.  Wayne loved music and played in local bands for over 30 years.  He always had a joke to tell, a guitar to pick and a deck of cards just in case.  Wayne loved his family and was the most amazing father, grandfather, brother, uncle and friend.  He will be dearly missed.

Funeral services will be at 2:00 PM Wednesday, February 27, 2019 at the Botkin Hornback Funeral Home in Waverly with Pastor Dale Reed officiating. Burial will follow in Evergreen Union Cemetery on Bridge Street in Waverly. The family will receive friends at the funeral home from 11AM until the time of the service.

In lieu of flowers, the family has asked that donations be made to Botkin Hornback Funeral Home. 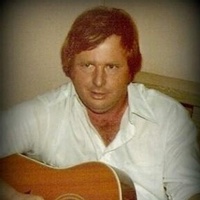