Ralph Dyer Jr., 85 of West Portsmouth died Friday, February 22, 2019 at SOMC Hospice.  He was born September 11, 1933 in Scioto County to the late Ralph Dyer and Lillie Mae Evans.  Along with his parents, he was preceded in death by his wife, Bonnie Esther Fife Dyer, a son, Ralph David Dyer, and a step grandson, Jason Stephens. He was a retired Conductor for N&W Railroad, he started Dyercraft Fiberglass Company in 1962 and he also built and raced his own boats.

Funeral services will be 2:00 PM Sunday, February 24, 2019 at the Roger W. Davis Funeral Home in West Portsmouth with Chaz Horsley officiating and interment in Vaughters Cemetery.  Friends may call at the funeral home on Sunday starting at noon.  Condolences may be sent to www.rogerwdavisfuneralhome.com. 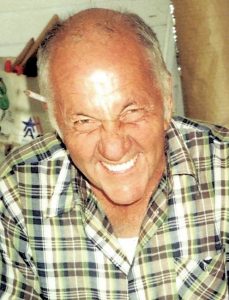