Ms. Sandra Jean Lockhart, 76, a native of West Portsmouth, OH died Sunday, February 17, 2019 at Norton Brownsboro Hospital in Louisville, Kentucky. She had resided in Louisville the past several years to be near her daughter.  She was born October 16, 1942 in Portsmouth to the late Louis and Marcella (Chaffin) Parker.  Along with her parents, she was preceded in death by her first husband, Jerry Lyles of New Boston/Wheelersburg, and two brothers, Herbert Parker and Terry Parker.  Sandra was an incredible homemaker known for her clean house, petite figure, perfect hair and beautiful smile.

Funeral services will be 12:00 PM Saturday, February 23, 2019 at the Roger W. Davis Funeral Home in West Portsmouth with Mike Chaffin and David Eisenberg officiating and interment in Memorial Burial Park.  Friends may call at the funeral home on Saturday starting at 10:00 AM.  As an option to flowers, the family request that donations be made to Blessings in a Backpack of Louisville, Kentucky in Sandra’s memory.  Condolences may be sent to www.rogerwdavisfuneralhome.com. 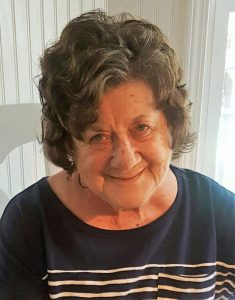