Jason Troy Mosley, 35, of Lucasville, Ohio passed away Thursday, February 7, 2019 at the Southern Ohio Medical Center in Portsmouth, Ohio.  He was born July 15, 1983 in Portsmouth son of Timothy and Tina Mosley who survive.  Also surviving are a daughter, Gloria Yeagle; a son, Jaydan Mosley; a brother, Scott Mosley; and a sister, Samantha Mosley.

A graveside service will be held at 1:00 PM Saturday, February 16, 2019 at Martin Cemetery in Lucasville with Frank Magnatta officiating. 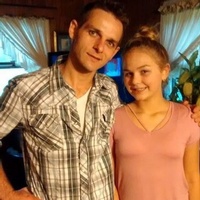