Rhonda Cade, 38, of New Boston, passed away Friday, February 8, 2019, at home.  She was born January 29, 1981 in Portsmouth To Ronald W. Hurley and Vicki Cade.  After graduating in 1999 from Glenwood High School in New Boston, Rhonda went on to attend Shawnee State University where she earned a B.S. in Computer Science in 2013.  She enjoyed listening to music, motorcycle riding, getting dressed up to go out, and spending time with her family, especially her son.

A memorial service will be held at 2:00 p.m. on Wednesday, February 13, 2019, at D.W. SWICK-NELSON FUNERAL HOME in New Boston with Pastor Steve Hamilton officiating.  Friends may call one hour prior to the service.  Fond memories and expressions of condolence may be shared at www.DWSwickNelsonFuneralHome.com. 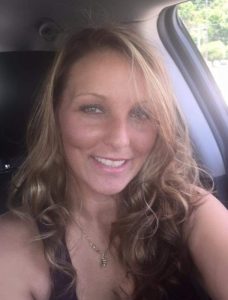