Jeri Ann Adkins, Age 62, of New Boston, passed away Tuesday, January 29, 2019, at Southern Ohio Medical Center in Portsmouth.  She was born, November 28, 1956, in Portsmouth to Daniel and Nancy (Storey) Adkins.  Jeri was a 1975 graduate of Portsmouth High School and worked as a Corrections Officer at Southern Ohio Correctional Facility.  She loved old movies and listening to music.  Jeri enjoyed sports and was an avid Buckeyes fan and a fan of the Cincinnati Reds.  She often told about a time when she sat on Johnny Bench’s car and had a talk with him.

In addition to her parents, Jeri is survived by her daughter, Erica Adkins Bennett (Jordan) of Columbus; a brother, Bruce Adkins of Portsmouth; and a sister, Kathy Clark (Bruce) of Wheelersburg.

A memorial service will be held 2:00 p.m. Tuesday, February 5, 2019, at D.W. SWICK – NELSON FUNERAL HOME in New Boston with Pastor Acy Gibson officiating. Friends may call from 1:00 p.m. until 2:00 p.m. at the funeral home.  Fond memories and expressions of condolences may be left at www.DWSwickNelsonFuneralHome.com 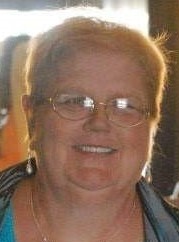