Dale “Jake” Howland, 83, of Lucasville, Ohio passed away Monday February 4, 2019 at SOMC Hospice Center in Portsmouth, Ohio.  He was born February 7, 1935 in Pike County, Ohio to the late Willard Howland and Ruby (Leeth) Howland.  Jake married Stella Mae Crabtree Howland on February 5, 1960 who preceded him in death on March 10, 2017.  Surviving are two sons, Richard Howland and wife Donna, and Paul Howland of Lucasville; two daughters, Francie and Stanley Glenn of Lucasville, and Ruby Maddy of Otway, Ohio; seven grandchildren and twelve great grandchildren.  In addition to his parents Jake was preceded in death by brothers Boone Howland and Roger Howland.

Funeral services will be held at 12:00pm on Friday, February 8, 2019 at the Botkin Hornback Funeral Home in Otway, Ohio with Pastor Allen Rose officiating.  Burial will follow in Gardner Cemetery in Waverly, Ohio with military graveside services conducted by the William Baker American Legion Post 363.  The family will receive friends at the funeral home from 11:00am until the time of the service on Friday. 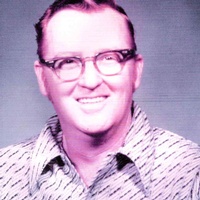