Robert Lee Mills, 82, of Lucasville, went to be with the Lord, Thursday, January 31, 2019 at Ohio Health Riverside Methodist in Columbus.

He was born September 12, 1936, in McDermott, a son of the late Bascom and Virginia Thornton Mills.

Robert was an electrician in the IBEW Local 575 and worked for West End Electric based in Evansville, Indiana and a graduate of Otway High School. He was an active member of the Community of Christ Church, Pleasant Valley Branch. He liked to travel and took a lot of pride in his work. He was an avid Ohio State Buckeye fan.

He was also preceded in death by his loving wife, Mary Frances DeLong Mills, of 58 years and his son, Michael Mills; and a brother, Bascom Mills.

He is survived by one son, Rocky (Terri) Mills of Dresden, Maine; and a daughter, Donna (Daron) Lilly of Lucasville; four grandchildren, Devan (Garrett) Rice and Derek Lilly, and Courtney and Rhyleigh Mills; and two nephews.

Funeral services will be held 12:00 PM Tuesday, February 5, 2019 at Community of Christ Church on Sedan Crabtree Road in Lucasville with Pastor Daron Lilly and teacher, Brandon Harbolt officiating.  Burial will follow in Cooper Cemetery.  The family will receive friends from 5-8 PM on Monday, February 4th at the Botkin Hornback Funeral Home in Otway, Ohio. 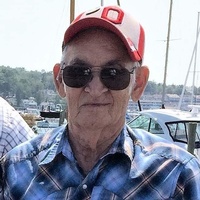