Edsel Todd Williamson began his life in a house on Bridge Street in Waverly, Ohio on September 5, 1920.  His life ended 1.8 miles from where it began in Pike County Adena Hospital on January 27, 2019.  However the time between these two dates was full of life and miles of travel; or as Todd would have said, “I have been to everyplace in this world.”

Todd’s first seventeen years were spent in Pike County.  His family eventually moved to a home on Meadow Run where he would become adept at hunting and trapping.  The squirrels he brought home would provide food for the family while the skins from trapping brought in a little money during the great depression of the 1930’s.  Todd was hard working and industrious throughout his life and these traits showed up early in his life.  One of the jobs he had as a young boy was to pick up cut trees with a team of mules and walk them back to the mill.  During his high school years, he worked on the Wynn farm just south of Jasper.  There he continued to show his love for all animals.  He had a particular pension for dogs but he had many unusual pets including shrews, blackbirds, raccoons, horses and pigs.

Todd graduated from Piketon High School in 1938 and immediately afterward he and friend John Voelker hitchhiked to Dayton to try to find work.  They both were eventually employed by NCR.  On December 7, 1941, Todd met his father in Chillicothe at a car dealership to purchase his first car, a Studebaker Champion.  While taking a test ride, they heard from the car radio about the attack on Pearl Harbor.  Todd enlisted in the Army in the following months and was inducted at Fort Hayes in Columbus, Ohio on August 1, 1942.  He spent all of World War II in the Pacific theater including Hawaii (Kauai), Philippines, Guadalcanal, New Britain, Luzon, Negros and Panay.

After the war, he continued his connection with the Army as a reserve but returned to civilian life in Dayton.  Because of his army experience in Regimental Communications in Signal Company he found work with the Ohio Bell Telephone Company.  During this time he met and married Ruth Wherle.  But in May of 1951, the Army called on him again and he began a long career in the military.  Todd spent 28 years (active and reserve) in the U.S. Army eventually rising to the top non-commissioned rank of Sergeant Major.  In addition to his three years of service in WW II, he served in Korea in the 1950’s and two tours of duty in Vietnam in the 1960’s.  He ended his military career in 1970 as the Command Sergeant Major of White Sands Missile Range.  The missile range is between Las Cruces and Holloman Air Force Base which is near Alamogordo, New Mexico.

Todd would often say that Las Cruces New Mexico was his favorite place in the world.  After retiring from the Army he helped in starting RT Electrical Company in Las Cruces. While working in the company, he lived on Harrison Street in Las Cruces and had a home in Ruidoso, New Mexico where friends knew him as Willie.

Even though Todd’s love of New Mexico and the friends he made there never waned, he moved back to Waverly, Ohio in 2001 to help with family.  He had many good friends in Waverly and made many more before his passing.

Todd was a member of the American Legion Post 142 in Waverly, the Masonic Lodge of Huachuca, Arizona, and the Elks Lodge of Las Cruces New Mexico.  Keeping with his wishes there will be no services and burial will be at a later date at Dayton National Cemetery.

Arrangements are under the direction of Botkin Hornback Funeral Home in Waverly, Ohio. 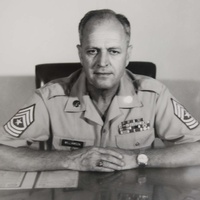