William Wilfred Shipe passed away on January 27, 2019 at Adena Pike Medical Center in Waverly, Ohio.  He was born January 15, 1923 in Barnesville, Ohio.

He graduated from The Ohio State University with a B.S. and M.A. in Education.  He served as an officer in the US Naval Reserve during WW II.  William was a member of the OSU Alumni Association, Ohio Education Association, National Education Association, Ohio Retired Teachers Association, Masonic Lodge in Utica, Ohio, and Grace United Methodist Church in Waverly.  He was a career teacher with the last 22 years in the Whitehall City Schools.  He will be remembered by many as the original treasurer/manager of the Whitehall Credit Union.  He guided the growth to a multi-million dollar organization over a period of 28 years.

He is survived by a son, Thomas A. Shipe of Annandale, Virginia; two daughters, Teresa N. Gaums of Southport, North Carolina and Nancy Jones and husband Robert of Wilmington, North Carolina; and grandchildren, Michael Waller and Katie Pierce, Allison Washburn and Andrew Jones.  He was preceded in death by his parents, William M. and Lucille L. Shipe; his wife of 62 years, Ellen B. Shipe; a grandson, Alan M. Shipe; and brother and sister-in-law, Harold L. and Lucile Shipe.

Arrangements are under the direction of the Botkin Hornback Funeral Home with interment at a later date in Crestview Cemetery in Barnesville, Ohio. Memorial contributions may be made to the Grace United Methodist Church, 104 S. High Street, Waverly, Ohio or the Bristol Village Foundation at www.nationalchurchresidences.org. 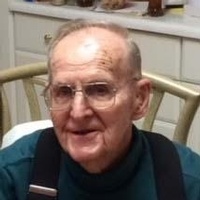