Gerald Eugene Evans, 80, of Bailey Chapel Road, Beaver, Ohio passed away Monday, January 28, 2019 at home.  He was born May 7, 1938 in Portsmouth, Ohio son of the late Delbert Evans and Ida Conley Evans.  On July 7, 1984 Gerald was united in marriage to Patricia Lou Evans who preceded him in death March 17, 2016.  Surviving are four children, Lori Kellenberger of Washington Court House, Ohio, Greg Evans, Patrick Evans of Portsmouth, Ohio and Harry Strawser of Beaver, Ohio; two sisters, Betty Davis and Eunice Easter and several grandchildren and great grandchildren.  In addition to his parents and wife, Gerald was preceded in death by two sons, Gerald Evans, Jr. and Jeffrey Strawser, two brothers, Bobby and Charles Evans and a sister, Georgia Picklesimer.

Gerald served in the U.S. Marines and was a truck driver for OSCO.  He was nationally known for playing the fiddle, during his life he played with some of the greatest musicians around, and earned the nickname “the fiddler”.  He also enjoyed spending time with his children and especially his grandchildren.

Arrangements are currently pending under the direction of Botkin Hornback Funeral Home in Waverly, Ohio. 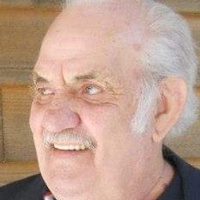