William Ernest “Bill” Blevins, Jr., 75 of West Portsmouth died Saturday, January 26, 2019 at Southern Ohio Medical Center.  He was born November 17, 1943 in Portsmouth, Virginia to the late William Ernest Blevins Sr. and Alice Marian Worstell Blevins.  Along with his parents, he was preceded in death by a brother and a grandson, Austin.

Bill retired from Plumbers and Pipefitters Local #577 as well as a Deputy for the Scioto County Sheriff’s Office.  He was a 54-year Mason with the Aurora Masonic Lodge #48.

Funeral services will be 11:00 AM Friday, February 1, 2019 at the Roger W. Davis Funeral Home in West Portsmouth with Larry Moore officiating and interment in Sandy Springs Cemetery.  Friends may call at the funeral home from 6 to 8:00 PM on Thursday and one hour prior to the service on Friday. A Masonic service will be held at 8:00 PM on Thursday conducted by Aurora Masonic Lodge #48.  Condolences may be sent to www.rogerwdavisfuneralhome.com. 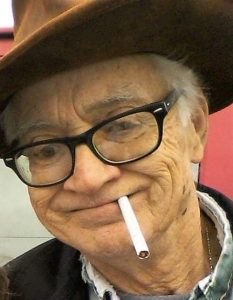