Rebecca Lynn Scalf, 37, of Lucasville, passed away Tuesday, January 22, 2019 at her residence after a battle with cancer.
She was born August 28, 1981 in Portsmouth, a daughter of Patrick Andrew Scalf of Lucasville and Carla Ann Mullens (Scalf) Stone of Lucasville.
She is also survived by her brother, Jacob Stone of Lucasville; one sister, Dakotah Stone of Lucasville; step-father, John “J.T.” Stone of South Carolina; Grandmother Shirley Craft of Virginia; and several special uncles, aunts, and cousins.
Rebecca was preceded in death by grandparents Nancy Scalf, Gene Scalf, and Denny Mullens.
A memorial service will be held at a later date at the convenience of the family. Arrangements are under the direction of the McKinley Funeral Home in Lucasville.
The family would like to extend a special thank you to her cousin Samantha Scalf who helped take care of her. 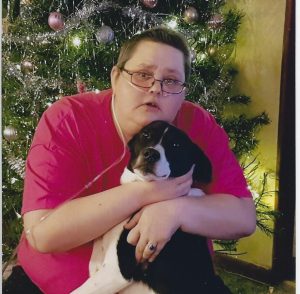