Mary Ellen Kegley, 70, of Lucasville, passed away Sunday, January 28, 2019 at SOMC Hospice in Portsmouth.
She was born November 9, 1948 in Portsmouth, a daughter of the late Albert and Essie Pearl Windle Deemer.
Mary was a homemaker and a 1966 Northwest High School graduate. She was a member of the Pleasant Valley Branch of the Community of Christ where she volunteered at the church’s food pantry.
She is survived by her husband, Paul William Kegley whom she married May 6, 1995 in Lucasville; one daughter, Sandra Kay (Jeff) Dyer of Wheelersburg; one son, David Lee (Sandrina) Colley of Lucasville; one step-daughter, Edy Kegley of Chillicothe; four grandchildren, Emily (Justin), Andrew, Ethan, and Leah; step-grandchildren, T.R., Christopher, Jeremy, Kaitlyn; great-grandchildren, Kaylee, Kenzie, Chloe, Jaxon, Bryden, Elias, Ezekiel, and Emelia; step-great-grandchildren, Coalton and Jesus; four brothers, Carl (Waltaud) Deemer of Lucasville, Robert (Marilyn) Deemer of Syracuse, Oh, David (Carolyn) Deemer of Portsmouth, and Michael (Judy) Deemer of Lucasville; two sisters, Judy Crabtree of McDermott and Donna Copas of Lucasville.
Mary was also preceded in death by her first husband, David Colley, May 21, 1983; her brother, Roger Deemer and one step-great granddaughter, Cadance.
Funeral services will be conducted at noon Thursday, January 31, 2019 at the Pleasant Valley Branch of the Community of Christ with Daron Lilly and Alvin Breech officiating. Burial will follow in Scioto Burial Park. Friends may call 5 to 8 p.m. Wednesday at the McKinley Funeral Home in Lucasville and an hour prior to the service Thursday at the church.’ 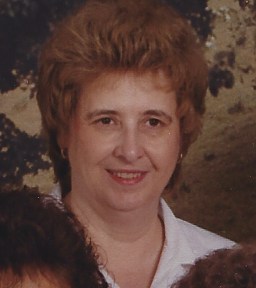