He retired from Glockner Chevrolet, was a high school graduate from South Portsmouth High School and was a member of the Sunshine United Methodist Church. 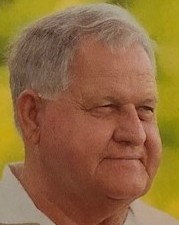