Ronald Cunningham Age 82, of West Portsmouth, passed away Tuesday, January 22, 2019 at his home.  He was born October 31, 1936 in Portsmouth to Carl Harold and Gertrude (Perdue) Cunningham.  He honorably served his country in the U.S. Navy and was a truck driver who worked for Paul Keipper Portsmouth Movers.  Ronald enjoyed camping, fishing, hunting, driving semi-trucks, working on cars with his dad and his boys, and telling stories.  He enjoyed going on drives through the forests, decorating for Christmas, and loved listening to music, especially gospel and bluegrass.  More than anything, he loved being with his family.  He was a member of the West Portsmouth Nazarene Church.

Funeral services will be 2:00 p.m. Monday, January 28, 2019 at D.W. SWICK-NELSON FUNERAL HOME in New Boston with Pastor Chuck Wilshire officiating.  Interment will follow in Scioto Burial Park with a graveside service and military honors provided by James Dickey Post #23, American Legion.  Friends may call on Sunday from 6 – 8 p.m. and Monday one hour prior to the service.  Fond memories and expressions of condolence may be shared at www.DWSwickNelsonFuneralHome.com. 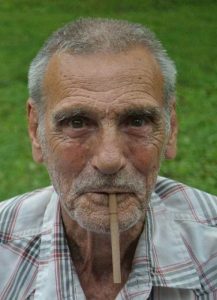